Posted on March 19, 2018 by anewlookthrougholdeyes 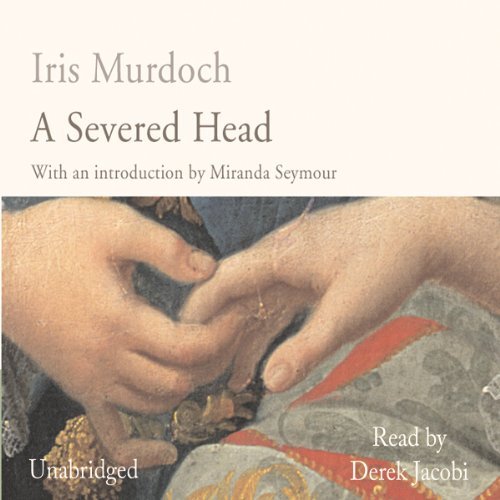 This is a retelling of Sophocles’ Antigone… the conflict between family and tradition and the legal requirements of the State.
Siblings Aneeka, Parvaiz and Isma are left alone when their mother dies and their father disappears. Clever Isma gives up her studies to look after her younger siblings; lost Parvaiz and his beautiful, wayward sister Aneeka. Parvaiz is befriended by an older man who tells him stories about his missing father, his heroism in Afghanistan and his martyr’s death on the way to Guantanamo. Inevitably Parvaiz becomes radicalised. Shamsie does not spare the reader details of the process. Parvaiz disappears and his twin, Aneeka, is distraught. Isma accepts an offer to study in the USA and while she is there Aneeka discovers that she has betrayed Parvaiz by telling the police that he has gone to join ISIS. Aneeka disowns Isma as her sister.
In the meantime Isma has met Eamonn, holidaying in America, and son of the British Home Secretary. He and his father have shaken off their Muslim heritage. When Eamon returns to England he looks up Aneeka. By this time Parvaiz has become disenchanted with ISIS and wants to return home. Is Aneeka’s developing relationship with Eamonn a means of getting help from his father, the Home Secretary, or genuine love?
This many layered and intelligent novel exposes so many moral and religious dilemmas facing the world today that it is a superb read. Kamila Shamsie’s writing is evocative and economical. She uses the narrative to set out the dilemma with clarity and humanity. Well worth reading.

What more perfect place could there be to live than Shaker Heights, Ohio, a perfect community built on the grounds of a Shaker settlement. Of course, the Shakers are long gone because of their stern views on procreation. The current inhabitants of Shaker Heights pride themselves on their openness and welcoming liberality.
Into their midst arrive artist Mia and her teenage daughter, Pearl. Elena Richardson, a comfortably off resident, rents them the top floor of her rental house. Mia and Pearl have moved around a lot, funded partly by Mia’s art and by any job she can pick up. They manage by being self-sufficient and unmaterialistic. The Richardson family are intrigued by them and soon the younger Richardson son, Moody, and Pearl become best friends. It is not long before Pearl is welcomed into the Richardson home where she experiences the bourgeois comforts she hadn’t known about.
Inevitably the contrasting experiences of the two lifestyles raise a number of questions with their differing values and experiences.
I loved this book and especially Pearl, Moody and, above all, independent, imaginative, Mia. Great read. I’m looking forward to reading more of Jennifer Ng’s novels.

And now for something different!

A Severed Head by Iris Murdoch narrated by Derek Jacobi

Liz (Adventures in reading, writing and working from home) has kindly agreed to review the same book as I do from time to time. She will read the print version and I will listen on audio. Liz has some experience in sharing these different formats with her husband Matthew. I listen because I can no longer physically read because of VI, Matthew listens partly for his commute and maybe because he likes it.
It will be interesting to see if our analysis and response varies and in what way. Liz has already published her review and I look forward to her comments on this.
It is likely that my review in this context will be longer than usual and I would very much appreciate any comments from readers.
A Severed Head is a reread for me. I last read it as a mature student more than 50 years ago. My tutor, Elsie Duncan-Jones, was a friend of Iris Murdoch but I can no longer remember if this influenced me. Hosixties and seventies Iris Murdoch was very much in the fore and I wondered if A Severed Head would seem dated.
I read all Murdoch’s novels voraciously and with a kind of fascination. At that time, because I had been studying English literature, I spent a lot of energy on linking her metaphors to her stories. This is more difficult when you are listening or perhaps I am now more relaxed about simply absorbing the richness of her prose.
Then I put the novels away and haven’t read them since. I now recall very little about them so listening to Derek Jacobi read A Severed Head was quite an intense experience. Initially his interpretation confused me and then I realised the deadpan narrative style was mischievous at times and very funny. Hmm. Had I completely lacked a sense of humour back in the sixties and seventies or was it a misplaced over-respect for contemporary authors?
One of the problems with listening rather than seeing print is keeping track of the names and relationships of people and places. It is possible to refer back on audio but I am disinclined to do that so please forgive any confusion.
In A Severed Head Murdoch has followed the convention of maintaining a small cast and limited locations. In addition the action all seems to take place in one winter. This compactness for me gives the sense of a traditional drama, which, of course, is far from the truth. (I was interested to see that Liz had also commented on this in her review here.) The story revolves around the loves and infatuations of Martin Lynch-Gibbon, wine merchant aged 41, his older wife, Antonia, his brother Alexander, his mistress Georgie, his sister, Rosemary, his wife’s American psychoanalyst Palmer Anderson and Anderson’s half-sister, Honor Klein. Confused? I’m not surprised.
I gave up on trying to follow the switches in location but very much enjoyed the use of the removal men and down to earth, organising, Rosemary as a kind of chorus to the main action, not to mention Martin’s lesbian secretaries and his right hand man, Mytton. They provided a great contrast to the high tension of the main story.
Plot? Like a play the plot moves fast against a densely woven tapestry of love, infatuation, incest, betrayal, myth, landscape, metaphor and philosophy. Murdoch writes brilliantly about interiors and the fog and rain of London. Her imagery is vivid and memorable and ranges from the sinister to the absurd.
The narrator in the story is Martin, so self-absorbed that half the time he is unaware of the tragi-comedy that is taking place around him. He then becomes shocked and hurt when it affects him. He allows his betrayers to infantilise him with promises of eternal love and inclusion and maintains an infuriating, to me, cooperation with their behaviou.

Who could be better at interpreting the solicitude of Palmer and Antonia than Jacobi? And their strangely intimate meetings.  I loved his reading of the descriptions of Palmer’s exotic silk dressing gowns and Antonia’s haggard beauty. Creepy and witty at the same time. The juxtaposition of the exquisite and the ugly in the incest scene was truly shocking.

I could not warm to any of these egotistical characters and their existential angst except for Georgie, the waif, more or less forced into an abortion to save Martin’s marriage. In 1961, publication date of A Severed Head, it is worth mentioning that abortion for those who could afford it and many who could not was not an uncommon form of birth control.
The partner swapping had me alternately frustrated and laughing. Jacobi’s reading range in this instance interpreted each situation for what it was. Georgie’s genuine anguish contrasting sensitively with Antonia’s selfishness.
My knowledge of philosophy and psychology is too sketchy to comment on the underlying meaning of the novel but I have a deep respect for Iris Murdoch’s scholarship and insight which informs the novel. She undoubtedly uses her own beliefs to shock the reader into a new understanding of relationships.
I have real reservations about Murdoch’s use of her descriptions of  Palmer and Honor as Jews.   What did make me uncomfortable and to my shame, what I hadn’t remembered, was the scene in the wine cellar which Martin thinks of as a gas chamber shortly before the arrival of Honor and his brutal attack on her. I won’t go into further detail about what I feel as I’m not sure I understand what Murdoch is saying. Until this point I had been edging away from these images of the beautiful Anderson and the ugly, scary Honor.
Overall I liked the way the plot threaded its way through the imagery of the dark, comfortable interiors, particularly the Christmas scene, against the twists and turns of the characters. The motifs of the Audubon bird prints, the Meissen cockatoos and the Japanese sword remain with me.
Was the conclusion satisfactory? I never really understood A Severed Head and believe the disposition of the main characters would remain fluid.
I know I haven’t done justice to the plot and characterisation partly for the same reason and partly because they didn’t engage me. This is not to diminish the novel. It is more a reflection on my current taste and preferences. Also it seemed old fashioned to me: important to my generation at the time with its themes of sexual liberation and a fascination with the chattering classes but my personal response is huge respect for brilliant writers like Iris Murdoch in opening up the debate about choices and freedom but not one I want to revisit. Well worth the reread and listening to Derek Jacobi reading was pure pleasure.
I’m wondering if my response is generational? What do you think?