Posted on October 25, 2016 by anewlookthrougholdeyes 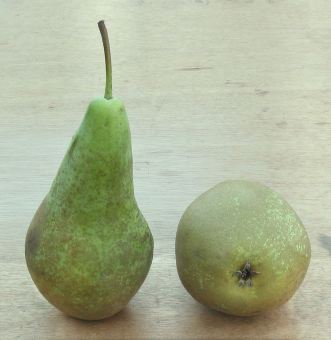 More than one hundred years ago, when the houses in my neighbourhood were built, I understand that each garden was planted with a fruit tree. Mostly the tree would be apple or pear. If the trees were planted near the border between the houses both gardens would benefit from overhanging branches!

Each year I would make pear chutney from the old tree in my garden, supplemented by apples from next door. Then, sadly, the old pear tree was attacked by honey fungus and had to be felled.   Chutney made with supermarket pears turned to mush so I stopped making it.

This summer has been perfect and, as Autumn approached, I felt an overwhelming urge to get out the preserving pan. Derek, at the corner shop, promised leftovers from the Harvest Festival so two weeks ago saw me struggling across the park laden with bags of locally grown Worcestershire Conference Pears.

It hadn’t occurred to me that the preparation might be difficult with low vision. But anyway, I assembled bowls of windfall apples from the garden, green tomatoes likewise and the small, unripe, grey/green pears plus the other essential ingredients. Chopping board, sharp knife, scales for weighing, magnifying glass to examine for possible grubs or blemishes and preserving pan.  Radio on and I was ready.

I peeled and chopped through The Archers and Desert Island Discs on the radio. Eventually, there was a satisfying pile of ingredients waiting to be boiled. It wasn’t so difficult. If any alien objects were included I figured they would be sufficiently organic to dissolve into the mix.

I closed all the windows against wasps, switched on the extractor fan and put the pan on to boil. The glass jars were sterilised in the oven… different shapes and sizes. Jam covers and labels at the ready.

The recipe is below. The overall weights are fairly accurate but each batch varies and that is the fun. Filling the jars is a sticky procedure. I use a funnel but even so my low vision made me take extra care. The final result was messy but tasted good!

There is a strict rule that the chutney remains sealed and unopened until Christmas so each tasting is a surprise.

8oz crystallised ginger or less if you don’t like it

4oz each sultanas and raisins

Garlic or other according to your taste

Salt, not too much

Don’t forget to add a small secret ingredient of your choice! I scatter in a few mustard seeds.

Boil until thick. Put into jars while hot and seal. This will boil down to approximately 6lbs chutney.

Apologies for the vagueness of this recipe and feel free to add or extract ingredients according to taste and availability.

For me this has been a great summer of fine weather, flowers, trips and celebrations starting with my birthday and reaching Autumn with Daisy and Adam’s beautiful wedding at John Ruskin’s house on Coniston Water at the end of September.  Readers will remember that without Daisy I could not publish this blog.

I will write a reading and events catch-up separately. 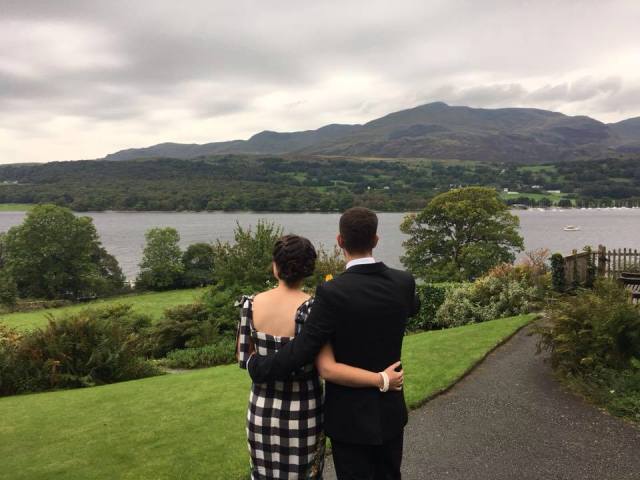